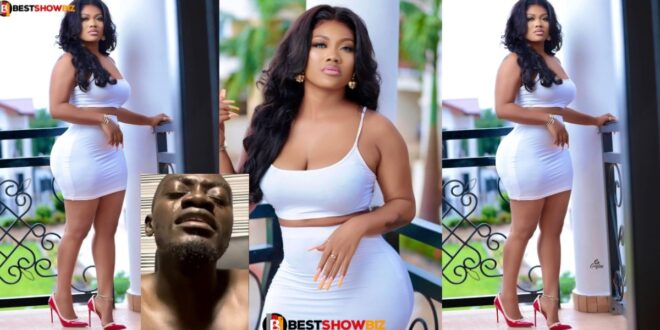 In a recent interview, Lil Win lost his cool when asked about his present relationship with actress Sandra Ababio.

There was even talk that Lil win had snatched Sandra from his musician buddy Guru who was dating her at the time.

Along the way, the two were no longer seen together, prompting doubts about their relationship.

Sandra Ababio recently confessed in an interview that she never dated Lil Win.

Lil win has never seen her pants before, and the star is married to his new wife who lives overseas, with whom he has kids.

An interviewer chose to ask Lil Win about Sandra Ababio when he was at a funeral.

The comedic actor who couldn’t accept the interviewer’s question slammed her and told her not to give him silly questions.

He stated that instead of asking questions about Sandra, she should ask reasonable questions and wait for him to offer a better answer.