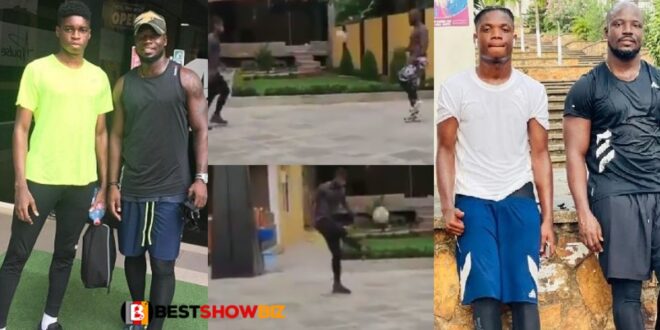 Former Ghana captain Stephen Appiah is shaping his son Rodney Appiah into a star after spending time teaching him the fundamentals of football.

Rodney Appiah, Appiah’s son, has opted to follow in his father’s footsteps and has signed with the Great Olympics of Ghana’s Premier League.

In the video we sighted, the former Juventus player is seen juggling the ball with his youngster.

Stephen Appiah confirmed his son’s decision to abandon school and follow his ambition of becoming a footballer in an emotional interview with TV3 a few months ago.