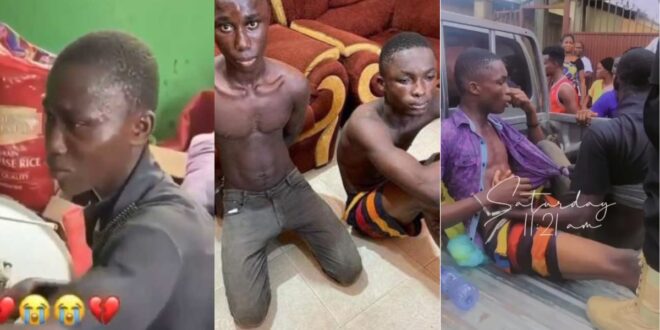 The fate of two teenagers suspected of murdering a 10-year-old boy on Holy Saturday at Lamptey Mills in Kasoa, Central Area, will be determined today in the Ofankor District Court.

Chief Superintendent Charles Koosono, the Kasoa Divisional Police Commander, told the Daily Graphic about the recent development in an interview.

Last week, news broke that two lads planned to use the dead for money ceremonies, but their evil scheme backfired when their evil plot was discovered, prompting the police to rush in.

According to Graphic Online, two teenage boys, ages 16 and 17, are accused of luring their victim, a 10-year-old boy known only as Ishmael, into an unfinished building and killing him.

They are said to have struck him with an object, killing him instantly. According to reports, the incident occurred between 5 and 6 p.m. on Saturday, April 3, 2021, in the Kasoa suburb of Lamptey Mills.

They also admitted that a mallam had requested them to supply the body of a young child so that he could perform certain rituals that would help them become wealthy.