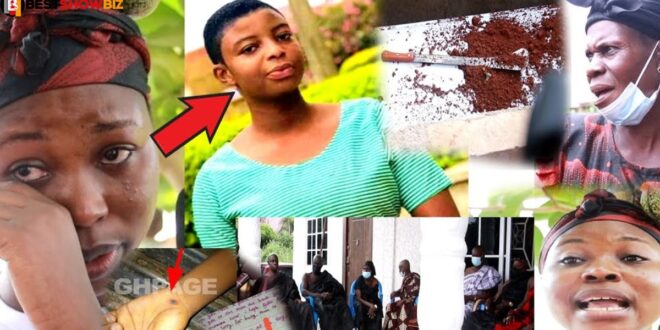 “Leticia was k!lled, it was not su!cide”- Lady who bathed her dead body reveals

After news of her death spread on social media, many individuals began deducing meanings from the tragic event, with her immediate family insisting that their daughter was killed, not committed suicide, as was alleged.

Leticia’s suicide tag isn’t accurate, according to the woman who bathed her dead body, because her body revealed she was murdered and her blood taken.

The woman added that, despite the fact that it is not her formal occupation, she has been bathing dead bodies for some time and is aware of when there is an issue with a dead body.

Read Also  Afia Schwarzenegger 'spoils' her daughter in new videos; Takes her on Dubai trip ahead of her 7th birthday

She added that in the instance of Leticia, the people who killed her withdrew some blood from her corpse, and the physicians needed to conclude their pathology tests, her body was in some way.

In an interview with Rashad of Ghpage TV, the lady remarked that if she had committed suicide as the police and school authorities claimed, her corpse would have been different.