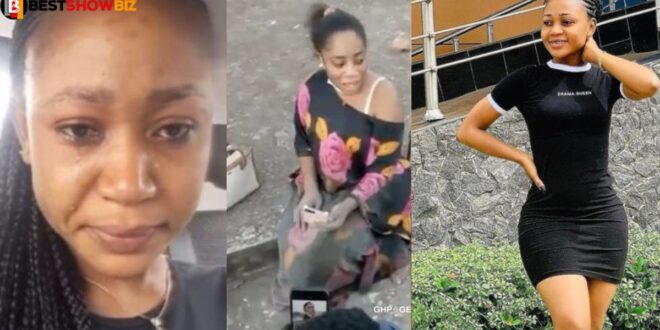 “Let us not Joke with Moesha’s issue, she needs help”- Akuapem Poloo

Rosemond Alade Brown, better known as Akuapem Poloo, has asked Ghanaian celebrities to provide love and support to fellow actress and reformed socialite Moesha Boduong at a time when she most needs it.

Moesha, who has given her life to Christ, confessed her faults and preached about God to a group of men who rescued her from attempting to k!ll herself on Monday when she made this call.

In a 3-minute video seen by bestshowbiz.com, Akuapem Poloo expressed her sadness after seeing Moesha’s awful plight in the videos that have been extensively shared on social media.

She appealed to her entertainment industry colleagues to assist Moesha before something awful occurred to her.

Read Also  State of The Industry Address: Shatta Wale to Speak to The Nation on 2nd June 2021

Akuapem Poloo went on to say that, despite the positive news that Moesha has turned a new leaf, the other side of the story must be given close attention to because she appears to be traumatized.

“Let’s not wait for something to happen before we say Moesha is gone and she was too young. Let’s get close to her, talk to her and see if we can help her,” she said.

“The devil is working, we need our celebrities around her who can talk to her to come down,” Poloo added.