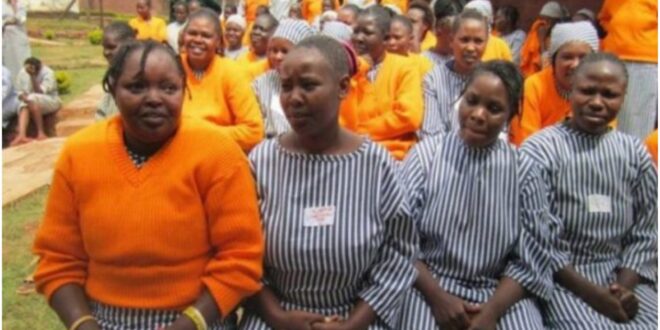 “Let our husbands chop us” – Female Prisoners Cry Out To The Government.

According to them, the government should give their spouse a chance to engage in intimate acts with them during their visits.

Sofia Swaleh, one female Prisoner who is serving a life sentence at the Mtangani GK Prison in Malindi, proposed that visitors are only permitted some few minutes to spend with prisoners and it is not enough for them to have any form of sexual intimacy with their husbands when they visit them.

“The Government, through the leadership of Kenyan prisons, should introduce a law that allows women serving lengthy jail terms to enjoy sexual intimacy with their visiting husbands,” Swaleh told reporters.

Meanwhile, Mtangani GK Prison senior administrator, Purity Nkatha Muthaura reportedly told newsmen that it will only take parliament to make changes to the law as prisoners have demanded.

Reports say in 2014 a similar suggestion was made by these female Prisoners but the Government kicked against it, saying it was not being ready for it.