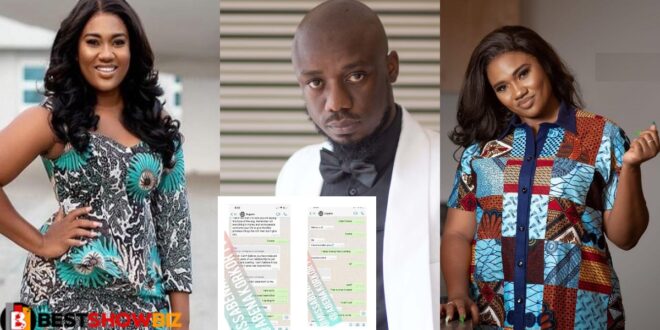 Eugene Osafo Nkansah, also known as Nkonkonsa, has been exposed by Abena Korkor for obvious reasons.

It all began when Eugene Nkansah delivered an apologetic message from Abena Korkor to Peace Fm’s Akwesi Aboagye for exposing the world about their secret connection.

This has irritated Abena Korkor because she perceives Eugene’s actions as a tactic of persuading the public that anything she said about him was false.

Abena Korkor then went on YouTube Live and broadcasted private conversations she would been having with Eugene for the past 6 years.

The conversation reveals Eugene was so taken with Abena Korkor that he once told her that he wanted to make her panty wet.