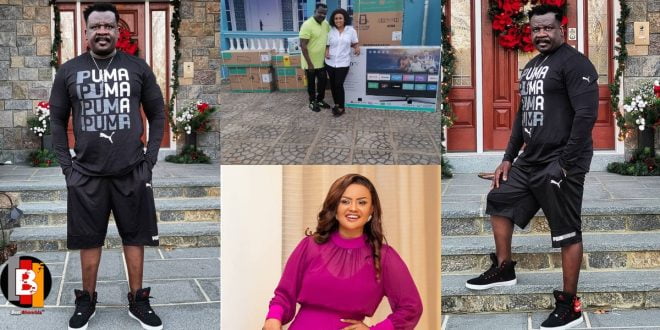 The United showbiz host recently gifted the Efiewura star some household appliances after his house gutted fire some time earlier this year.

Nana Ama received a lot of praise for the kind gesture to Koo Fori after it went viral on social media. However, some social media folks who think it was unnecessary on the part of McBrown to make the donation public are criticizing her.

To them, she could have quietly done all that good for him without letting anyone getting a wind about it but she did the exact opposite.

Well, Koo Ofori has reacted to the trolls and he says it is no ones business what the actress chooses to do. He has asked Ghanaians, especially the naysayers to leave Nana Ama McBrown alone.