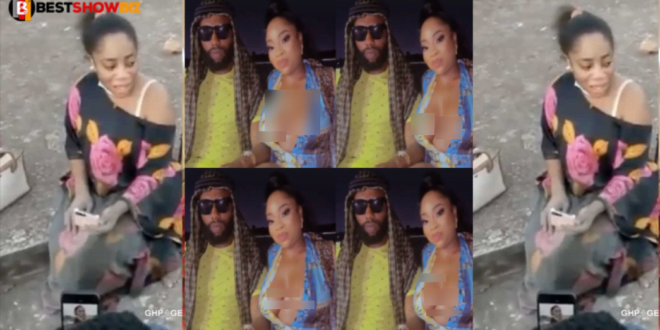 One would wonder why Moesha Boduong would come to Nigeria only two days after celebrating her 31st birthday in Ghana.

According to the evidence, Moesha flew to Nigeria to have fun with a Nigerian slay king named Jeremiah Ogbodo.

That was apparently the last time Moesha Boduong went out of the nation to have fun, and many people referred to the young gentleman who appeared to be wealthy as Moesha’s boyfriend.

Following the release of footage portraying Moesha’s current traumatized state, a number of Ghanaians, led by Adu Safowaah, have claimed that her soul has been exchanged by a wealthy businessman with whom she had an affair.

Could it be that this supposed soul swapping took place after Moesha met Jeremiah in Nigeria and had something to do with him?

CHECK OUT MOESHA CHILLING IN NIGERIA IN THE VIDEO BELOW: