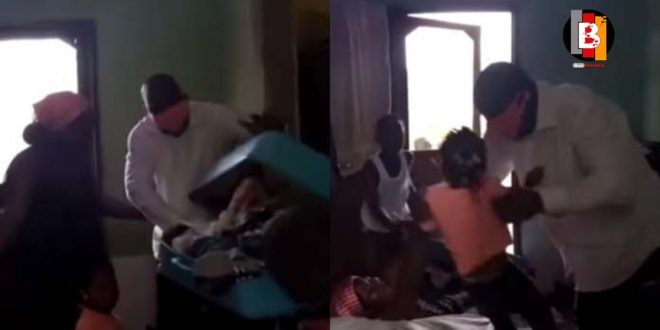 A video that captures an landlord angrily driving out a tenant and her kids has surfaced and it has been revealed that the drama was because they had different political colors.

Reports say that the tenant suffered this fate in the hands of her landlord – who is a staunched NDC supporter – after she revealed she would be voting for the NPP.

The yet to be identified landlord initially made attempts to convince his tenant [the woman] to vote for the NDC acter realizing she is NPP.

However, Few days after their conversation, the landlord returned to ask if she has had a changed thought to vote for the NDC but she replied negatively and her woes began.

Read Also  Here is Emefa, The Laday who says she can resurrect J.J Rawlings - Video