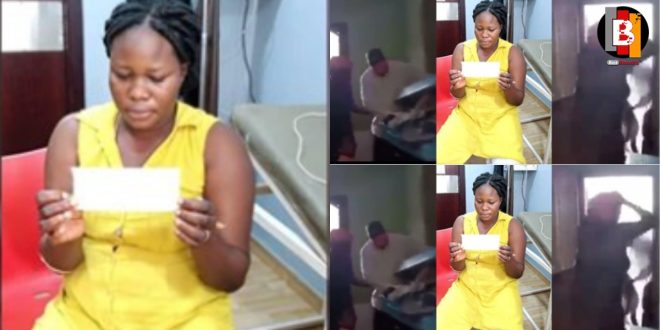 Lady who was thrown out of her rented room with her 3 children for supporting NPP gets help.

Socials media was buzzing after a video went viral that shows a landlord throwing out a woman with three kids from her rented room because she said she will vote for Nana Akuffo Addo.

According to reports, the landlord was an NDC supporter and heard the woman saying his son just completed JHS so she will vote for Nana Addo because of his free SHS Policy.

This did not go down well with the Landlord who took matters too far and evicted the woman from the rented room.

Reports reaching us says the woman has gotten financial help to find another place to rent.

A picture of her posing with the check she received has been circulating on social media.