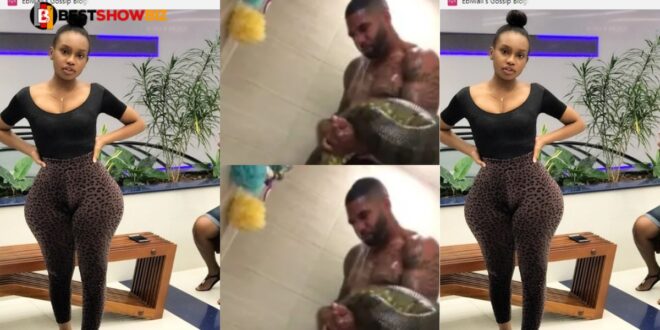 In response to reports that she had published a viral video of her wealthy lover bathing in the water with a massive python snake, Ghanaian slay queens have taken to social media in a frenzy.

The slay queen, Faay Nice has since gone missing after she posted images of her lover with the enormous beast on Instagram.

Many people may think it seems like a classic African movie scenario from a movie, however it is a true story.

The motives for the distribution of the video are unclear; however, it has been stated that she made the mistake of releasing it and has since deleted the video from the internet.

It is certain that netizens snapped images of it, which are already making the rounds on social media.