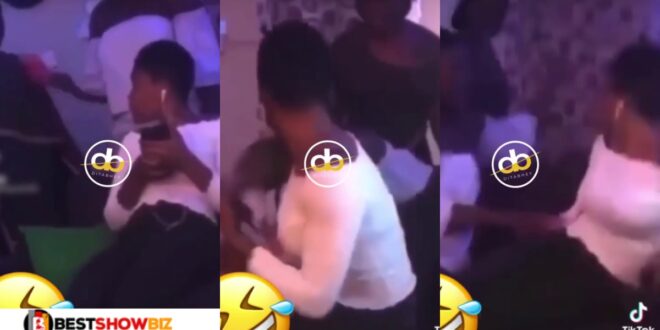 A young lady was beaten by her friend after she was discovered in the room of her boyfriend, claiming that she had only come to visit the guy who she asserts is her friend.

The lady, who could not understand why her friend was allowed to visit her boyfriend, landed a hot slap on the lady’s cheeks as she stepped on her tummy while sitting quietly.