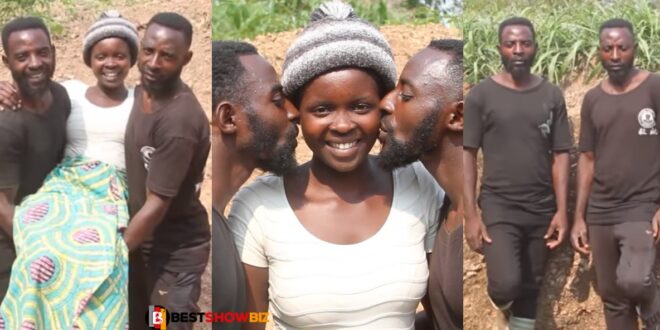 The young lady claimed in the documentary below that she began seeing the eldest twin first and had no idea he had a brother, let alone a twin because she had never seen them together.

When she inadvertently hugged and kissed the other brother, thinking it was her boyfriend, fate brought them together.

The second twin then developed feelings for her, but after they recognized what had transpired, they decided to remain in a polyandrous relationship. Due to the fact that they are both married to the same lady, the woman also revealed that there is no hatred or envy between the two brothers.

In the video below, the twins say they get a lot of negative vibrations from people around them, but it doesn’t affect them because their love for one other outweighs everything.