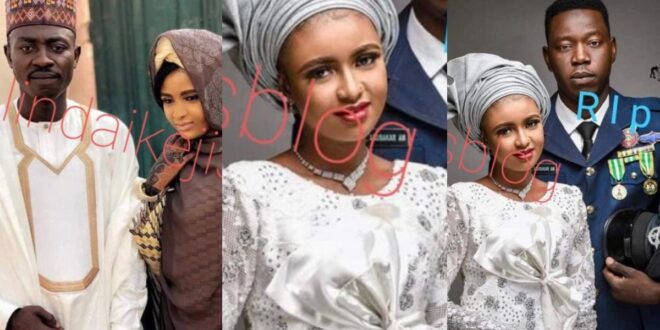 Lady Marries the elder Brother of her late husband (photo)

The ‘wife’ of a Nigerian Air Force officer killed in February married his older brother.

The officer was allegedly killed in a shootout with armed bandits near Birnin Gwari’s Ungwan Laya.

The tragic event occurred on February 13th, and the officer was buried the next day.

He had planned a wedding with his wife for March before his untimely death, according to reports.

According to sources, the wedding went on as planned because the officer’s partner married his older brother.

Have a look at the images below.