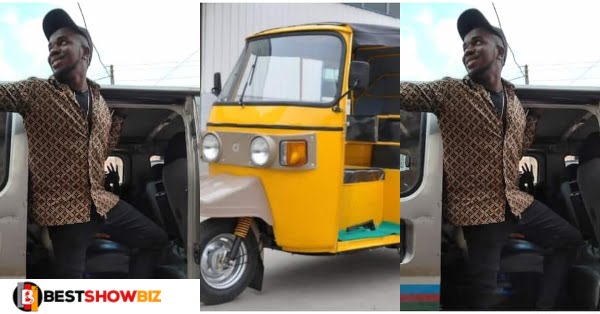 Uzoukwu Anayo, a Nigerian, has taken to social media to praise his selfless sisters for having a significant impact on his life, emphasizing that he would not have progressed as far in life without them.

Anayo used a Facebook post to disparage women who would rather provide a helpful hand to their future husbands than their brothers.

Anayo backed up his remark with a brief account of an encounter he had with a lady who ignored her brother in favor of a man who promised to marry her.

He narrated that while the lady’s brother roamed the streets jobless and with no skill, she ignored him and bought her fiance a keke.

The lady, on why she chose to disregard her brother, said that she disregarded her brother because she knew that if he married, another woman would profit from her assistance.

Anayo, stunned by the lady’s defense, observed that the explanation was far too flimsy to justify her letting her brother to wallow in poverty.

“One bought Keke for a man that wants to marry her but left the brother to be roaming about jobless and without skill.

“I couldn’t believe her reason; that if she help the brother now, tomorrow he will get married and another woman will come and be enjoying the fruit of her labour. Can you imagine? So maka this useless reason now she rather let the blood brother struggle.”

The post has gathered many reactions on the plaform with man y conderming the unamed lady for chossing love over blood with a flirmsy excuse.

Read Also  “He was shy about proposing when we chatted, so I proposed to him instead”- Lady reveals how she got her husband

“For real bro.. some ladies needs to change their mindset towards marriage and know that it’s not a priority.. once a lady is desperate for marriage she will just be vulnerable..If I will advise the ladies here, please give full support to your man after marriage not before marriage..for those that have fragile heart oburokwa ndi obi nkume those ones can absorb any shock.”

“See my dear….my brothers first oooo. Cox no matter what your brothers will always be there for you…. Abeg marry shift go one corner….nonsense.”