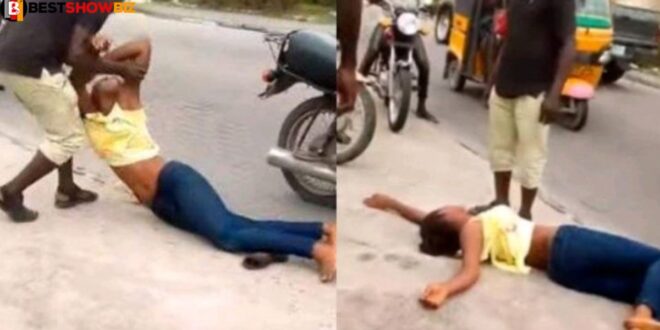 lady faints three times after learning of the death of a lecturer who died of AIDS (PHOTOS).

The tragic news of the death of a university lecturer has brought many people to their knees, but one particular student took it so personally that she ended up passing out on the floor.

After hearing the news of the death of one of her instructors, the young lady, who was an undergraduate at a well-known university, is said to have fainted three times.

According to reports, the lecturer died as a result of HIV/AIDS.

A Twitter user named @SpendOGustavO, who tweeted the tale, claimed that upon receiving the news of the lecturer’s death, the lady fainted three times. The lecturer, who was supposedly killed by Acquired Immune Deficiency Syndrome, was a professor at a local university .

There was no explanation given as to why she collapsed, but there is a strong possibility that she had an unprotected affair with the deceased while he was still alive, according to speculation.

“When my female course mate learned that our instructor had died of AIDS, she fainted three times,”recalls by her friend