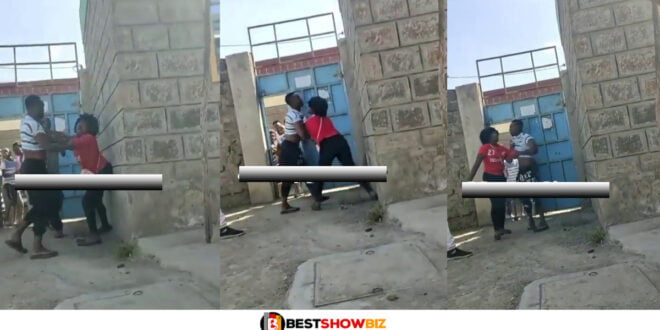 A young girl has raised a commotion when she confronts her younger sister’s lover, beating him to a pulp like a goat in the process.

According to accounts, the lady went insane after learning that the guy was regularly abusing her sister.
A video posted online shows the enraged woman slapping her sister’s boyfriend while others anxiously try to calm her down.

“Mbona unapiga sister yangu” (Why are you beating up my sister),” the lady rants in the video while beating up the hapless man.

A social media user commented on the video, writing, “Since the guy was never correctly disciplined by his mother, he deserves a woman’s beating.” What you did not learn from your mother, you will learn from another woman (The Law of Life).”