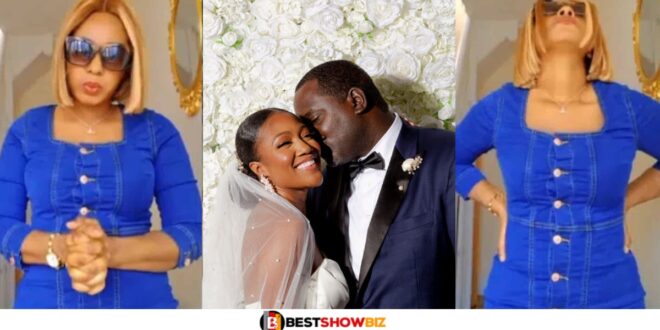 Lady cancels her wedding to her boyfriend after meeting rich sugar Daddy, 10 years later she is still single (video)

After her intentions to forego her wedding in favor of a wealthy man did not go as planned, a woman is still in tears.

She still regrets and has cried out after making that terrible decision ten years ago.

She described how she met a wealthy man online and called off her wedding two weeks before D-Day.

Her ex-boyfriend was so heartbroken that he had to leave out of shame. Unfortunately, eleven years later, she still hasn’t found another man.