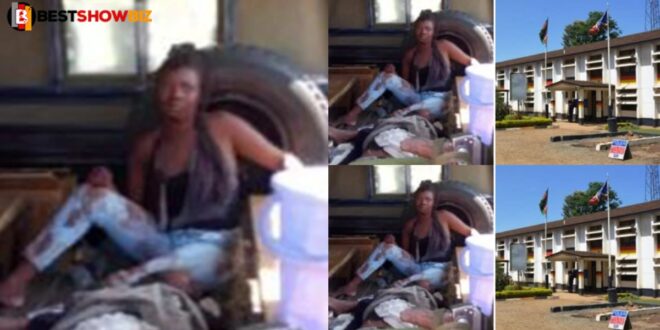 An 18-year-old lady has been detained by police in Nairobi after she allegedly stabbed three males in the stomach on Wednesday.
Three guys were badly hurt in the tragic incident that occurred in Kamae in Nairobi’s Kahawa West neighborhood. One of the men died as a result of the tragedy.

A confrontation broke out between the suspect, who was armed with a kitchen knife, and a male who was believed to be her boyfriend, and it all started from there.

Two guys, who were passing by, attempted to separate the pair, but the irate woman stabbed them in the back with the knife, knocking them out completely.

Their necks, chests, and other portions of their bodies were stabbed multiple times, resulting in serious damage. According to reports, the two were intoxicated.

A short time later, the woman attacked her alleged lover, stabbed him many times and ultimately killing him on the spot.

Other witnesses observed the accused sucking blood from the open stab wounds received by the three victims, according to police.

By the time police arrived on the scene, an enraged mob had begun stoning the woman, but she was saved by the officers.

In the meantime, the deceased’s body was transported to Chiromo morgue from Kenyatta University Teaching, Referral, and Research Hospital, where the surviving were taken care of.

After being taken into custody at Kasarani Police Station, the suspect will be held there until further investigation.