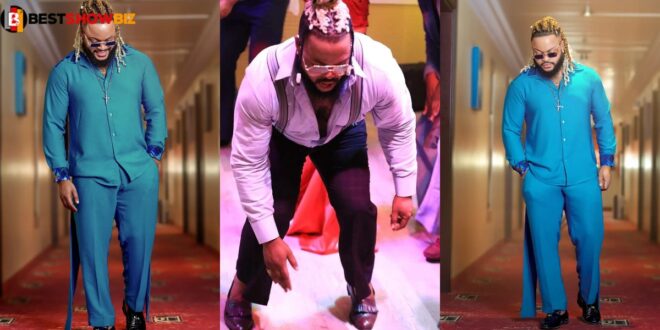 Whitemoney, the winner of the ‘shine your eye’ edition of BBNaija, has hinted that many ladies have been hounding him to get into a relationship since he ended up winning the show.

During a radio interview on one of his tour stops, he stated that women from all over were trying to contact him.

He stressed that the ladies are getting pretty close, stating that they have been there for him since the beginning, all because he won this year’s edition of Africa’s most popular reality show.

We previously published a story about a lady who displayed her baby bump and claimed Whitemoney told her not to abort her baby after he got her pregnant before appearing on the show.

reacting to that, Whitemoney revealed;

“My singleness is now worse since I got out of the house because every woman now tells me, ‘Oh Whitemoney, you know I’ve been there for you.”

“So if there’s love in the market, I’ll buy it. I have been single since 2015, and I’ve never had a girlfriend or any serious relationship since then.”

“My time on the Big Brother Naija show helped me learn how to talk to and know women more and better.”