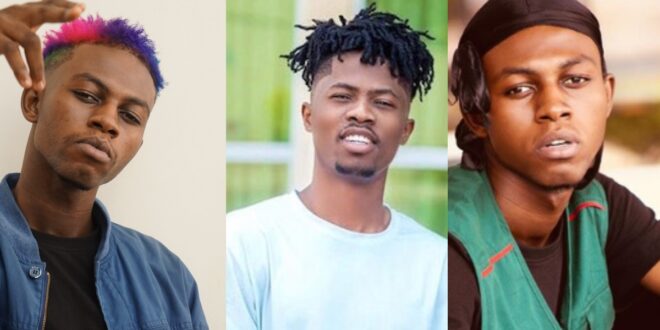 “Kwesi Arthur Himself knows I have the hottest song in Ghana Now”- Kweku Flick.

Kumasi-based musician Kweku flick has revealed in an interview with Abeiku Santana that he is sure without a doubt that he will win the VGMA most popular song of the year with his song “money”.

According to Kweku, industry kings like Sarkodie, shatta wale, and Kwesi Arthur has confirmed to him that his song is the hottest in Ghana right now.

Abeiku Santana also praised kweku flick for his efforts in the industry and told him that his songs will continue to make waves for the next 4-5 years.