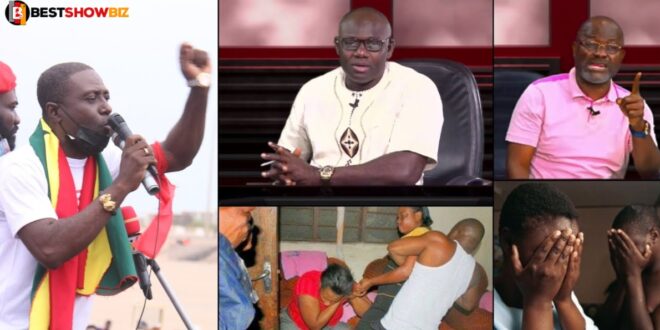 Captain Smart, a well-known broadcaster and fiery political activist, has exposed his rival journalist Justice Kweku Annan as their feud grows more heated as a result of Captain Smart’s particular fondness for attacking the incumbent government, which Kwaku and his boss Kennedy Agyapong are affiliated with.

According to the Onua TV broadcaster, the NET TV man mas.turb.ates on live television to the point where he barely pays attention to what his guests say.

This, he claims, distinguishes him from other journalists who have sold their consciences to both the NPP and the NDC, as well as other political activists and anti-corruption activists. Captain Smart has stated that he will commit suicide on the precise day he is compromised.

I don’t have any particular interests in any area. I have never accepted a bribe in my professional career up to this point. Not once, ever. In my working life, I will never accept bribes of any kind. I intend to commit suicide from the time I began conducting radio work for Radio Peace until the present. I’m going to commit suicide the day after I accept a bribe, “he explained.

I can take a deep breath and declare that I, Kwadwo Smart, am not corrupt. In my entire life, I have never blackmailed someone.”