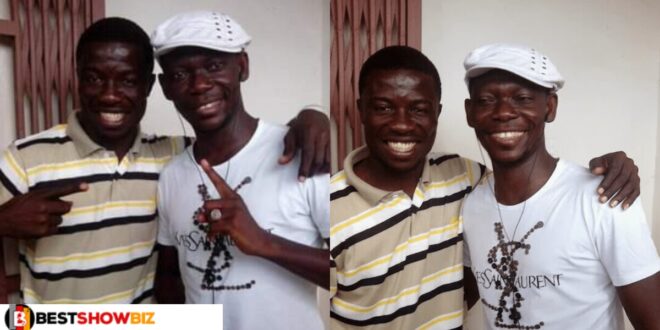 During an interview on Happy FM, Kwaku Manu, a Ghanaian comedian, actor, and Youtuber revealed how some of his colleagues and producers in the film industry tried to ruin his and Agya Koo’s careers.

As per Kwaku Manu, the advancement of his career made some movie producers envious of him, so they decided to sabotage and sideline him for film roles so he would not have as much control over the market.

Haven spoke about why Agya Koo, who was once the head of the industry, is no longer cast in films.

Some industry players plotted and planned to remove Agya Koo from the spotlight, according to him, due to the speed with which he had made money as an actor.

Other actors who have spewed heinous lies about the legendary actor during interviews have come under fire from Kwaku Manu, who has worked on several sets with Agya Koo.

He claimed that if anyone should have been in a position to smear Agya Koo, it should have been him because he worked with him for a long time and they had issues at one point that many Ghanaians were aware of, but he didn’t.

“People especially Ghanaians hate the truth and personally I get irritated and do not like people who always lie about others and try to destroy them because of their progress. I see the person as a devil because I do not understand why anyone will do that.”

“So at some point in time, people were no longer using Agya Koo to act movies because instead of making gains they kept on making loses so they stopped using him.”