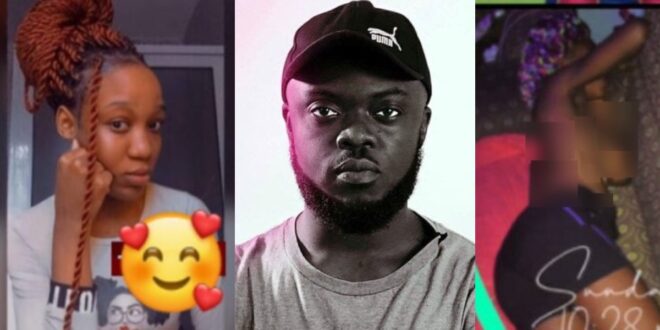 Kwadwo Sheldon consoles Annie the lady whose nak3d picture was released on Twitter.

Kwadwo Sheldon, a prominent Ghanaian Youtuber, and content maker has contributed his voice to the current controversy involving influencers Gyata Shoa and Kwadwo Piano, who posted a [email protected] photo of another influencer Annie after she became pregnant.

According to sources on Twitter, Gyata Shoa and Kwadwo Piano got into a heated debate about who is Annie’s real lover after photos of both of them with the same woman surfaced.

The lady in question is now expecting a child, and Gyata Shoa and Kwadwo Piano are unsure who is to blame for the pregnancy.

Annie wept sadly after a [email protected] shot of her in one of the guys’ rooms surfaced online.

However, in an attempt to comfort Annie, content producer Kwadwo Sheldon has advised her to take the matter to arbitration, where she could raise at least Ghc30,000.

stop crying, Annie, and let’s get down to business.