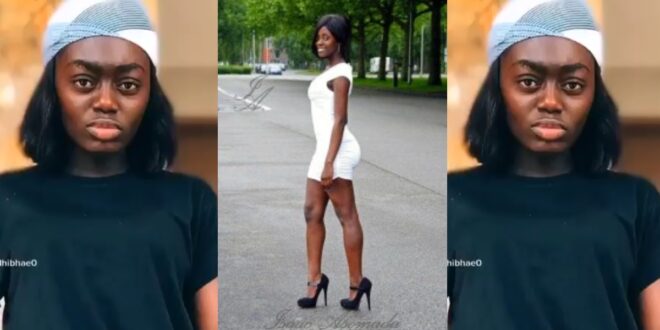 Kwadwo Nkansah Lilwin’s sister is a former beauty queen in Belgium and a nursing student.

In the Ashanti region of Ghana, he grew up with six other siblings in Kwaman. He founded Great Minds International School in Kumasi.

Despite the fact that LilWin is extremely famous and well-liked by Ghanaians and the rest of the country, he hardly speaks about his personal life or that of any of his family members on social media.

But, from Lil Win’s family of six children, comes Nkansah Gifty, a young and talented peeress who looks just like her brother.

Read Also  I’m engaged, I want to give birth this year – Moesha Boduong

Lil Win’s younger sister is a calm, pretty, and easy lady who enjoys fashion and acting and is pursuing a nursing degree at Heilig-Graf Instituut in Belgium. She was the first runner-up at Miss Ghana Belgium 2012, due to her beautiful presence and courage.

Lil Win’s younger sister is also a member of the DSTV series “Office Palava,” which will debut shortly.

LilWin’s sister is both lovely and straightforward.