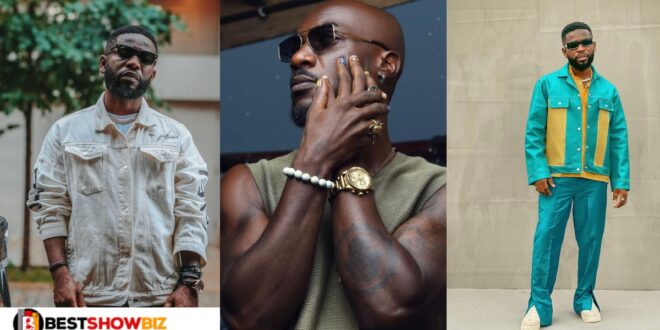 Bisa Kdei, a Ghanaian highlife artist, has described his colleague Kwabena Kwabena as an immature guy who refuses to grow up.

Bisa thinks it’s silly that Kwabena Kwabena had to start a feud when they could have sat down and sorted out their problems without him badmouthing him anytime he had the opportunity.

During an interview with Zionfelix, Bisa Kdei said that every time he was questioned on TV or Radio, his colleague made it a point to criticize him and make him seem terrible.

He went on to say that he decided to keep his distance from him since he finally recognized he wasn’t mature enough and was acting childishly.

Bisa went on to say that KBKB acted childishly after failing to show up for a studio session that he had scheduled with him.

According to him, he attempted to speak with both of them in order for them to resolve their disagreements, but they both opted to air their grievances on radio stations.

Please see the video below for the complete interview.