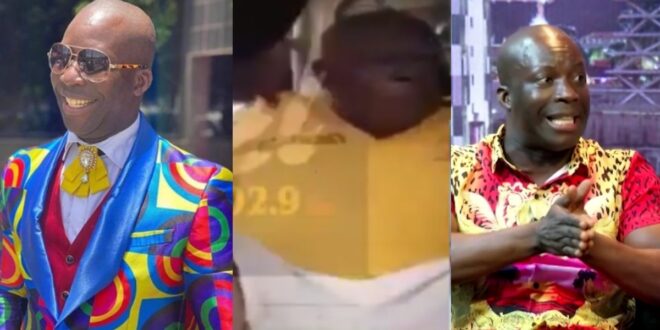 The police have arrested an 80-year-old man from Apedwa in the Eastern Area after he purposefully sh0t and k!lled his niece.

According to a report filed by Kumchacha over the internet, a man identified as ‘wo coacoa nie, wo sika nie’ sh0t his niece, who is presumed to be in her late twenties, for unknown reasons.

However, the oldman ran into his self-contained apartment with the gun after the unfortunate incident.

When an eyewitness saw what happened, he ran to the police department to report the crime, and policemen arrived immediately.

When the police arrived on the scene, they requested extra protection to help them overcome the angry youth who were armed and ready to lynch the old man

He was apprehended and taken to the police department to be interviewed and investigated further.

Kumchacha said that he was enraged about the incident. More detail will be available shortly.

In the video below, Kumchacha gives his analysis.