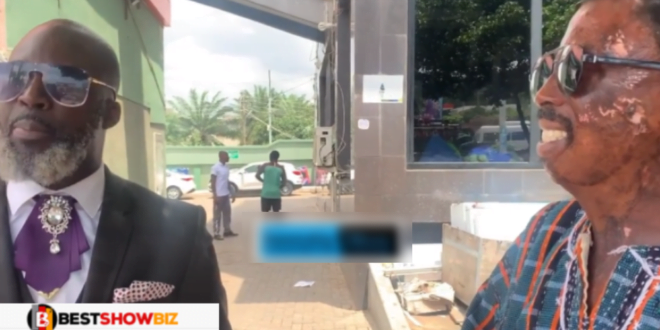 Kumchacha and Kwaku Bonsam finally make peace after their long beef, the two were spotted spending time together. (video)

Popular man of God prophet Kumchacha and fetish priest Nana Kwaku Bonsam, who had been at odds for a long time, have finally resolved their disagreements and are now the best of friends.

According to a video obtained online, the man of God was seen standing with the fetish priest in front of the UTV building at the ship house in Abeka, having cordial discussions.

According to rumors, the two former “enemies” were reunited during an interview on Okay FM today.

Netizens who came upon the video of the two laughing and teasing each other have expressed their delight at seeing the two of them finally settling their differences and allowing peace to prevail.