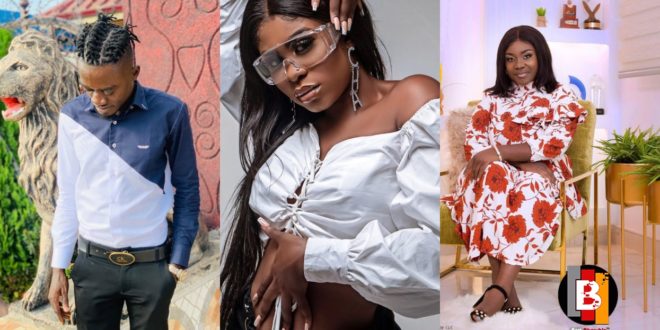 5 Kumawood stars who switched from acting to being musicians – Photos

The Kumawood industry is now not functioning as we knew before hence actresses and actors have turned into something else.

while others rush in to music, others also tend to host TV shows, and others doing video skits.

well, we have in our midst 5 popular Kumawood actors who have switched to being musicians due to the slow of the movies.

Lilwin:
Lilwin has been able to get a few hit songs since he decided to add music to his pool of versatility. He has hit songs like Mama Boss Papa (Yimama) ft. Young Chorus, I Don’t Think Far (Languages) ft Jupitar, Edem, Tinny, Pope Skinny x Cabum, and others.

Yaa Jackson
Yaa has a number of popular songs featuring some Ghanaian artists. she also has hit songs like Omo Beka, Tear Rubber, Ehwe Papa, and many others.

Yaa Jackson
Yaa has a number of popular songs featuring some Ghanaian artists. she also has hit songs like Omo Beka, Tear Rubber, Ehwe Papa, and many others.

Emelia Brobbey
She released her first single ” Fa me ko” in 2019. In January 2020 she released her second single “Odo Electric”. she is still doing well in releasing more.

Kwaku Manu
is a Ghanaian actor, Musician, and presenter. In the year 2012, he released his first single ”E’nfa nhoahoa ho”.

Funny Face
He also started as a comic actor though he has not quit his acting, he has also ventured in music and just recently dropped his Animal Kingdom abulm which has Cow and Chicken and many more song.