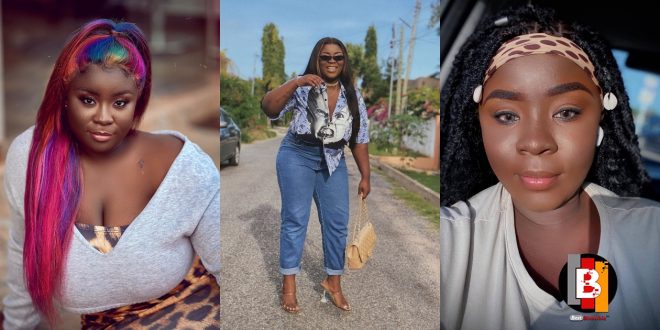 Curvaceous ‘Kumawood’ actress Clara Benson Amoateng Popularly known as Maame Serwaa has decided to give away a substantial sum of money to her followers.
In a recent Instagram post, Maame Serwaa, as she is affectionately called, revealed that she intends to fund someone who has a promising business concept.

She went on to say that she is willing to award 20,000 cedis to anyone who can convince her that they have a good business idea.

Maame Serwaa has recently made headlines after it was reported that she had undergone plastic surgery in order to have a more defined waist.

It has also been suggested that she is dating some wealthy sugar daddies who provide financial support for her extravagant lifestyle.