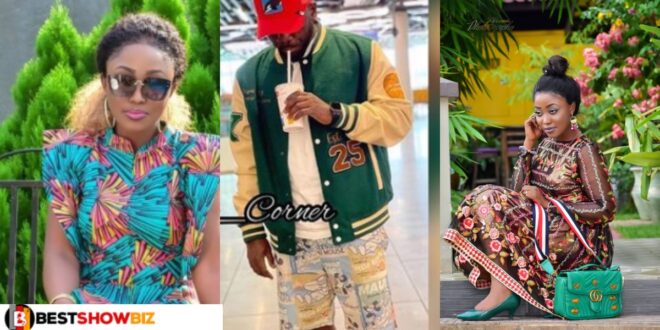 Joyce Boakye, like African mermaid Sister Derby just did with her new lover, used social media to stir up controversy with a dazzling photo of her partner.

She posted a picture of her bea in his flashy automobile. Despite the fact that she did not reveal his identity, Instagram bloggers instantly identified the young man as a serial cheater.

Nana Yaw Osei Barima has been named as Joyce’s man.

He’s a playboy who stalks women, according to reports, and he’s attracted to anything in a skirt.

Joyce Boakye’s sweetheart, according to sources, is a German-based borga with several baby moms.

According to reports, he is currently residing in Germany with his baby mother and two children.

Joyce Boakye looks to have fallen in love with Mr. ‘Left,’ as she is being told to flee to protect her own heart!