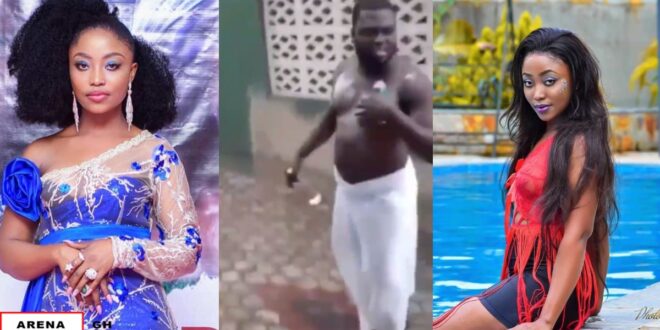 Joyce Boakye, a Kumwood actress, and an Ewe fetish priest had a spat when the latter threatened to curse the former.

Joyce Boakye is claimed to have invaded the fetish priest’s house to chastise him for his threats.

Following that, the two got into a filthy brawl, with Joyce Boakye cursing the fetish priest with the Bible, and his retaliating with a ritual.

After supporting Mzbel in a fight against her opponents, Joyce Boakye is reported to have enraged the fetish priest.