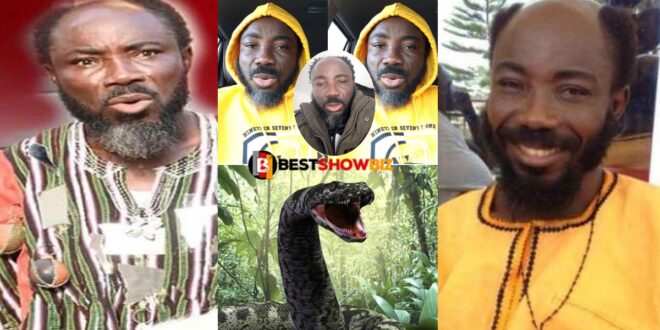 During an interview, a Kumawood actor whose name has yet to be revealed made a surprising revelation about Big Akwes, revealing that the actor sleeps with a snake for power.

The individual who made the surprising revelation said he was in a car with Big Akwes after they visited an area called Kronum in the Ashanti region, only to see the actor remove a snake from his car and begin having sex with the animal.

The young man claimed that he questioned Big Akwes what he was doing and that the response he received was that the snake is the source of all his powers and that he has also been able to protect himself.