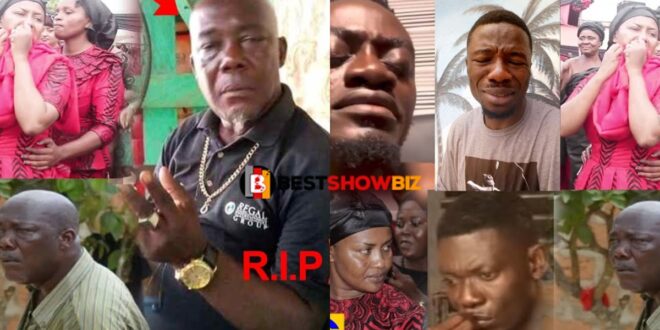 The Kumawood Film Industry lost one of its own on June 15, 2021. Agya Manu is resting in peace now.

He died in the early hours of the morning, according to reports, despite the fact that the news came later in the day. His death was caused by an unknown factor.

According to sources close to the late actor, he had been battling high blood pressure and diabetes for quite some time. He was admitted to the hospital on Monday, but he was unable to return home alive.

Since his demise, his timeline has been flooded with condolences. His coworkers in the industry have shared recollections with him and expressed their sadness at his loss.

Agya Manu is said to have appeared in Lil Win’s successful drama series Cocoa Season as well as a number of other comedic dramas.

He is now starring on UTV in a series. Unlike many other Kumawood actors, Agya Manu is not as well-known as Kwaku Manu, Lil Win, and others.

We know him from the Key soap opera Concert Party. His wife has been crying her eyes out and is inconsolable.