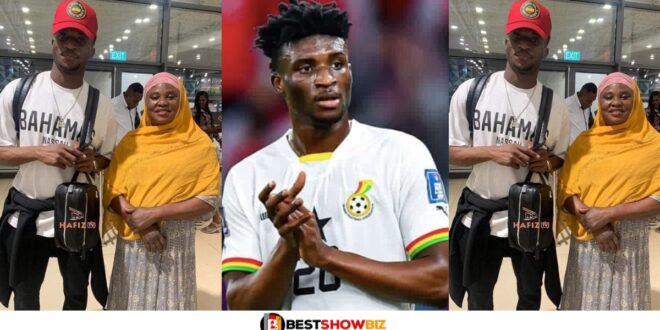 Kudus Mohammed’s mother said goodbye to him as he headed back to Ajax for the second round of the football season.

After being a key player for Ghana at the 2022 FIFA World Cup in Qatar, Kudus moved to Ghana for the holidays.

The Ghanaian Armed Forces gave him a gift for his World Cup win over the holidays. Then he was recognized as an ambassador for Nima, the region where he was raised.

Kudus Mohammed was escorted to the Kotoka International Airport by her mother when his vacation was over.

His mother prayed for him and bid him farewell as he returned to Ajax for the second round of the Dutch league and the Europa League.