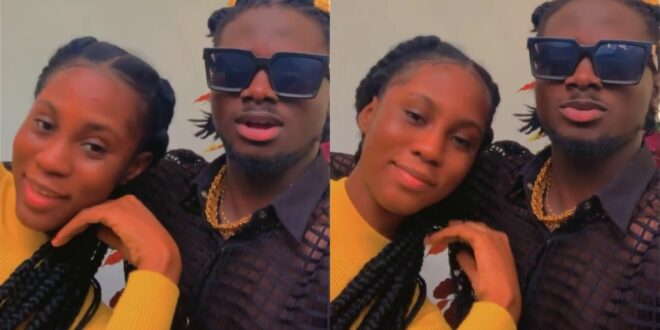 Kuami Eugene is accused of stealing Kidi’s girlfriend Cina Soul as the two are enjoying a romantic moment together.

Kuami Eugene and Kidi’s relationship exemplifies the adage that certain relationships are worth more than a brotherhood.

After Lynx Entertainment released the film “Sugar,” which starred the two singers, Kidi and Cina Soul, a Ghanaian musician, were rumored to be dating.

The intimate scenes and kisses exchanged by Kidi and Cina Soul in the film ignited relationship rumors, which they all debunked.

Kuami Eugene was caught in an intimate moment with Kidi’s alleged girlfriend Cina Soul in an Instagram snap.

The conversation between the two was hardly audible because they spoke in hushed voices.