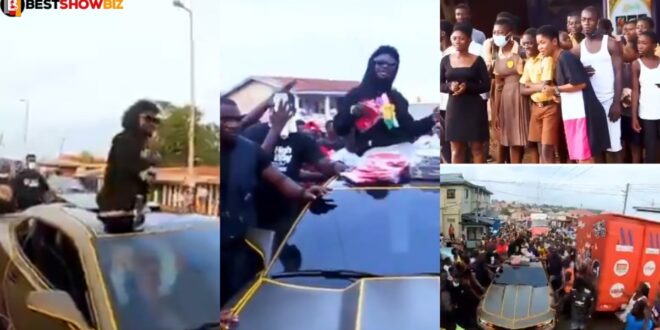 Kuami Eugene spent the weekends in Akim Oda, and while he may have performed in front of a few people, his reception was not exactly warm.

After different blogs reported on the show’s low attendance, the enraged musician turned to the internet to criticize bloggers for sullying his brand and reportedly spreading false information about him.

The Lynx Entertainment signee has posted a video of how he was received warmly by the inhabitants of Akim Oda in an attempt to establish that his performance did not fail.

He gave his townfolks a great walk in the streets after churning out hit after hit throughout the event.

A little more than 10,000 concertgoers are estimated to have attended the performance to see the self-proclaimed superstar perform.