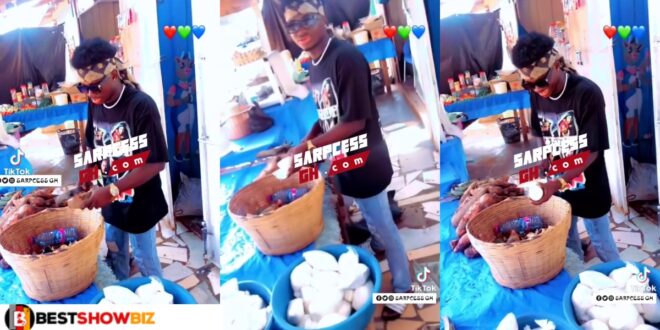 The viral video has many people asking what may have prompted the rich artist, who has been spotted handing out money to a number of people, to venture into that profession.

In the video, Kuami Eugene is seen peeling off the cassava while dressed opulently, with the foodstuffs lying in front of him.

According to the video, the musician was doing it for fun and not because he is broke and needs the cassava money to survive.

Read Also  "I agree with anyone who calls Osebo [email protected] because of how he dresses"- Ex wife of Osebo reveals.
Share