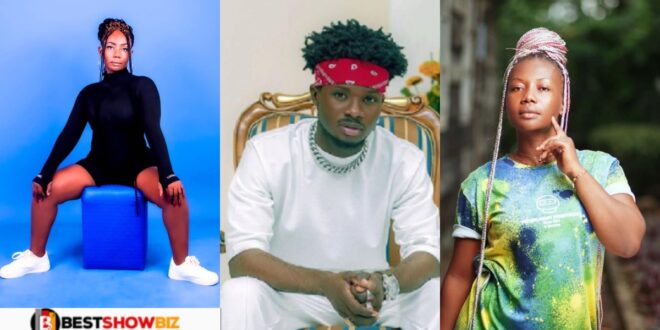 Cona Bhadext She made serious allegations against the former Artist of the Year on her Rainbow Radio’s popular Entertainment show.

According to her, she intended to include Kuami Eugene in her song, but after giving him a taste of what the song will sound like, he isn’t interested and even describes the song as “childish.”

According to her, the musician disrespected her craft, called her song “childish,” and then stole it and remade it as his bunker song.

But, to her surprise, the Lynx Entertainment signee looked sharp on her and proceeded to recreate the song, which he named bunker.