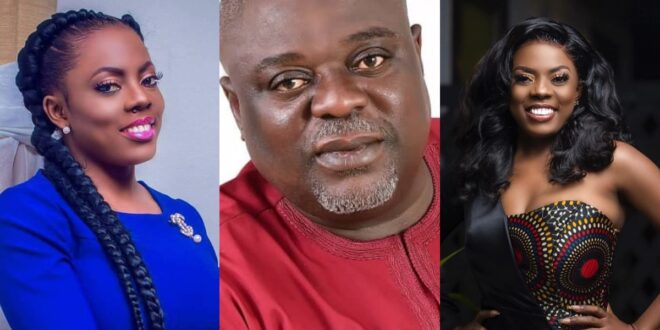 Netizens are concerned about Koku Anyidoho’s reaction during an exclusive interview with Nana Aba Anamoah on Starr Fm.

During his interview with Nana Aba, the former Deputy Secretary of the NDC almost had a grudge against her after Nana Aba asked if he (koku Anyidoho) wished his wife and female friends a Happy International Day.

Many people were talking in the studio as a result of his response, but Nana Aba kept quiet until he was calming down and the interview could begin.

Koku Anyidoho, on the other hand, was man enough to apologize to Nana Aba after the interview.

Watch the last section of the video below.