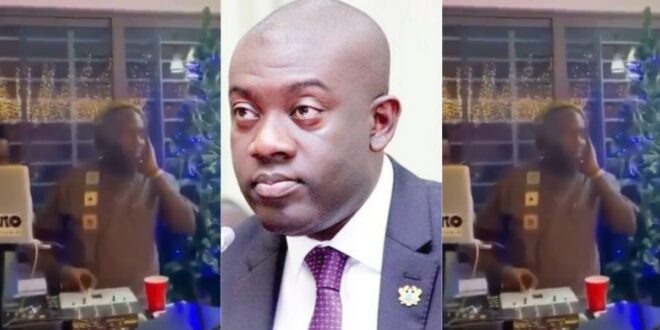 The Information Minister of Ghana, Kojo Oppong Nkrumah has shown off his DJing skills in a new video.

the Minister was seen wearing a headset while mixing up some tunes while the people around cheers him up.

Kojo started his career as a Treasury Analyst at British American Tobacco in 2006. He later moved on to Joy FM as a broadcast journalist hosting the Super Morning Show after the departure of host Komla Dumor.

In 2014 he bowed out of broadcasting to establish an investment firm, West Brownstone Capital.

By 2016, he had become a lawyer practicing at Kulendi, Attafuah, and Amponsah at law. He recently won the award as one of the Young Global Leaders.