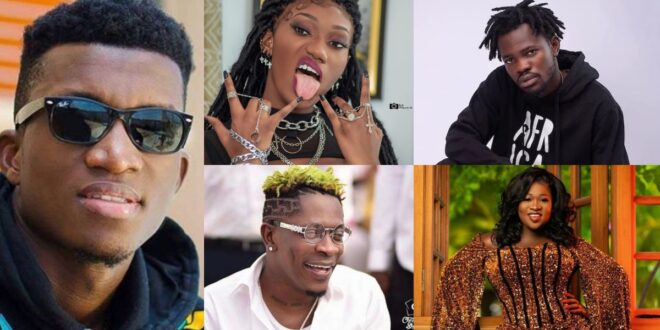 Kofi Kinaata, Shatta Wale, Wendy Shay, and others who got Zero Awards at the 3Music Awards – Photos

Last night at the 3Music Awards which took place at the AICC, it was a night of excellent success and celebration.

31 worthy entertainers won more than memorable appearances and honors at the 3Music Awards.

While some went home with smiles on their faces and laughter in their eyes, some did not have such luck on the night and came home with nothing but shattered egos and teary eyes.

Here’s a rundown on all the major winners and losers from the 4th edition of the 3Music Awards.