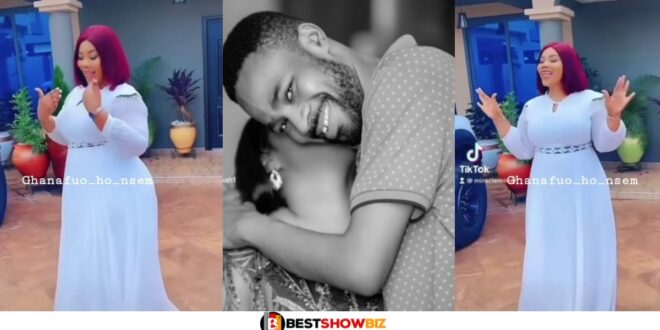 Kofi Adoma’s wife speaks for the first time after armed men tried to k!ll her husband (see what she said)

Mrs. Miracle Adomah, who is married to Kofi Adomah, has broken her silence and spoken out for the first time since her husband’s attacks on Saturday.

On Saturday, August 6, 2022, around Old Ashongman, information was gathered that Mr. Adoma, who is the CEO of Kofi TV and the host of the morning show on Angel FM, was returning from Kuntunse when he was crossed by the assailants.

The presenter had wounds to his face, arms, and shoulders after being attacked by the men, who were on motorcycles and equipped with sharp items.

According to subsequent reports, they allegedly poured what is thought to be gasoline on him in an attempt to start a fire as they were torturing him.

Despite this, Kofi Adomah has not yet agreed to an interview and has not made a public appearance to discuss the events that took place to him.

However, some of Kofi Adomah’s coworkers and employees have given an account on their various social media timelines with the claims that Kofi Adomah has directly spoken and told the entire incident to them. These individuals say that they found out about the incident from Kofi Adomah.

Mrs. Miracle Adomah, who has been the focus of this entire controversy, has posted a few forceful statements on her Facebook timeline in response to the current crisis that her family is going through.

She stated the following in one of the posts:

Not All storms come to destroy your life,
Some come to clear your path.

She went on to write the following in a subsequent post:

Mrs. Miracle Adomah has not given up hope that her husband will emerge victorious from all of these challenges very soon, and that the turmoil will also soon subside.