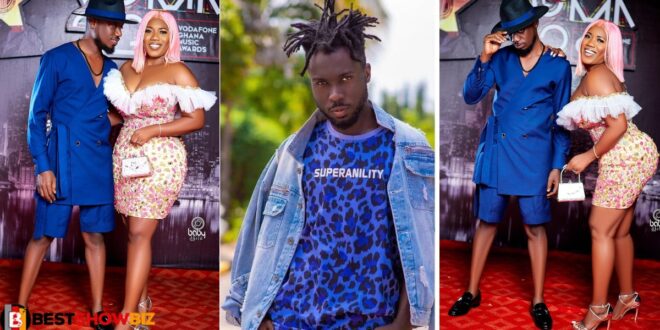 When Abena Korkor revealed Nkonkonsa, he started the practice of bloggers cheating on their women.

Soon after, ZionFelix decided to take up the mantle as well, successfully impregnating two women and secretly marrying one of them.

Nkonkonsa, on the other hand, was not pleased with the amount of attention ZionFelix was receiving.

He has now managed to re-enter the public eye with yet another scandal.

On Thursday, we told you about a fresh feud between director Kobi Rana and Eugene Osafo-Nkansah, also known as Nkonkonsa.

Kobi Rana has written a scathing indictment of politicians who have failed to heal the country while actively discriminating against LGBT people.

He chastised them for their ineptness.

Nkonkonsa retweeted Rana’s criticism with a message to the LGBT community.

This enraged Rana, who retaliated against Nkonkonsa.

According to him, Nkonkonsa did it on purpose in order to smear him in Ghana.

He did not understand why Nkonkonsa turned his “fix the country” message into an LGBT one.

He went berserk and declared that he knew Nkonkonsa’s secrets and that he would reveal them – saying that Nkonkonsa had been l*cking not just honeypots but also sh*tholes!

Rana then took to his wall, threatening to remove Eugene’s list of people with whom he had slept alongside Korkor.