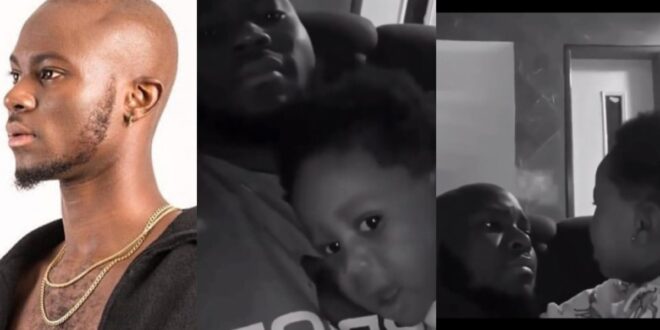 Gregory Bortey Newman, also known as King Promise on social media, has used the platform for the first time to show off his adorable daughter while spending quality time with her.

After seeing the video, some social media commentators, mostly women, became envious because they all have a crush on the singer and are now asking who this lucky lady is. King Promise is one of the celebrities who has done his best to keep his personal life off of social media, and I believe he has done an excellent job, much as he does with his music.

In the clip, King Promise is seen holding his daughter on his lap as she joyfully leaps on him. Little Promise seemed to be in high spirits as she spent quality time with her father.

Read Also  Here are pictures and details of Davido's New girlfriend after he dumped Chioma.