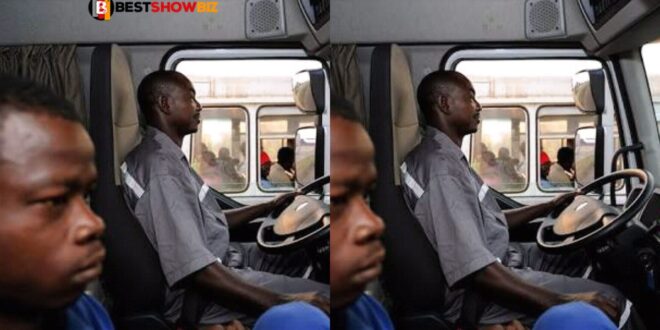 Kind Trotro driver returns Laptop and GHC1,200 a student left in his car

Ian Gitau, a Mount Kenya University (MKU) student, boarded a matatu (TroTro) at the Blue Post Hotel to get to school On Sunday, September 5.

The student was coming from Mwea and was already a week late for school since he had not yet raised enough school fees for that semester.

When the young guy arrived at his location, he alighted from the car with baggage and a backpack in his hand, but he neglected his bag, which contained a laptop and Ghc1,200 for school tuition.

He would later realize he had left his bag in the car, but it was too late; it had vanished, and he had no idea what the plate number or of the vehicle was.

“He called me and told me something bad happened and at first, I thought it was an accident but he told me he had lost the bag where I had kept the school fees,” Gitau’s mother said adding she screamed in pain because she had toiled tooth and nail to get that money.

They went to the police station the next day and reported the incident, but they were told they could not help them without the car’s license plate number.

They planned to spend the whole Monday asking questions about the bag and the money at every trotor booking booth in Thika.

The next day, they proceeded to the KST Sacco headquarters in Thika, where they were lucky to find the bag and the laptop inside.

The trotro driver was then contacted, and he verified that he had the money, and he met up with the MKU student and returned the money in 20 minutes.

“I had the money in my pocket and I knew that when someone shows up to claim the bag, they would also ask for the money which I had kept safe,” Basilio Kimani, the driver said.

Surprisingly, on the day he received the GHc1,200, he only made GHc11 at work, yet his ‘short’ of sufficient funds did not even persuade him to keep the cash.

“I knew it did not belong to me and I was happy to give it back,” the driver added.