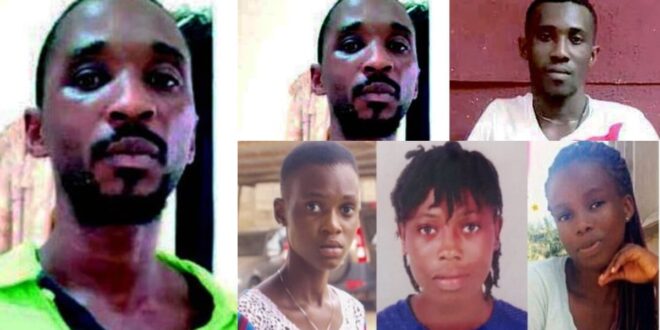 According to reports, the Sekondi High Court has sentenced the suspects involved in the abduction of four Takoradi girls to death.

Samuel Udoetuk Wills and John Oji, two Nigerian men found guilty of kidnapping and murder, have been sentenced to death.

According to a story by Angel News, the President of the Republic validated the death penalty for the first time by signing it.

Both men also received a death penalty by hanging. They have, however, been given 30 days to appeal the penalty that has been imposed on them.

According to news reports, the case was decided by a seven-member jury at the Sekondi High Court on Friday, March 5, 2021, after deliberating about the facts on the table.

Read Also  check out - Fantana assures ghanaians ; claims there will never be a fight between her and Wendy Shay
Share