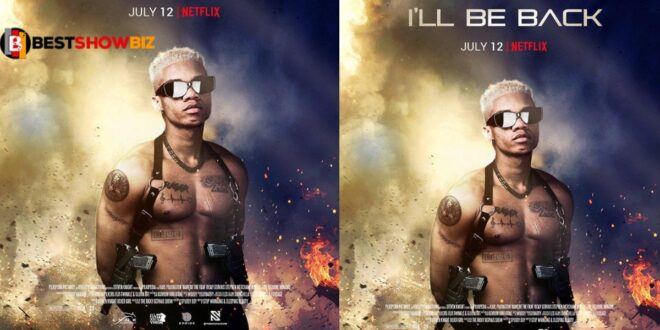 The VGMA was a blast at the Accra International Conference Center (AICC) last night, but the real laugh came from Twitter.

This year’s Vodafone Ghana Music Awards had such a dramatic look that Twitter followers could not help but comment on it.

Kidi’s hope of winning the overall Artiste of the Year award fell hollow, which was one of Trolls’ iconic moments.

The Golden Boy had already won a handful of accolades prior to the announcement of that honor, and he was confident that he would be returning home with the ultimate prize.

He kept repeating the words “I will be back,” which Arnold Schwarzenegger made famous in the Terminator film.

His remarks were cut short, however, when Diana Hamilton was named Artiste of the Year.

Trolls created a magnificent piece of artwork to honor Kidi—not because he won, but because he overused the “I will Be Back” phase and never returned.

Kidi is now being mocked on social media as Ghana’s first actor in the Terminator Film Franchise, which will be released on July 12.

His only duty will be to state “I will be back.” Take a look at the movie’s flyer below.

On the night of the awards, Kidi and Diana Hamilton tied for third place with three prizes each, but Diana took home the overall award, propelling her to the top of the leader’s board with four.