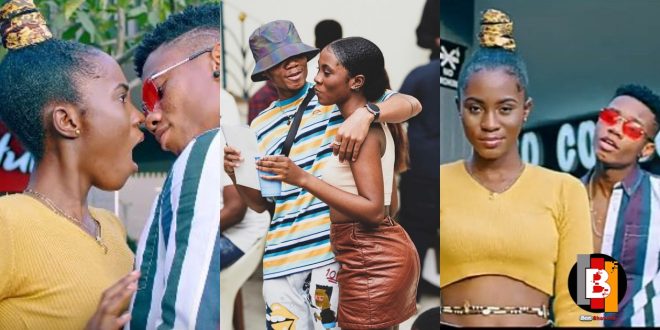 KiDi: ‘Cina Soul Was The Last Person I Kissed’ | Video

Highlife musician KiDi has in the latest interview on Angel FM revealed that the last person he kissed was his rumored girlfriend, Cina Soul.

The singer, who appeared for matters about his personal life to be discussed, told Okyeame Quophi that it’s been long he touched a lady – which was however proving difficult to be true; judging from how famous and how he is arguably every ladies dream.

Show host Okyeame Quophi later asked KiDi who was the last person he kissed and he stated it was songstress Cina Soul’s, which happened during his ‘sugar’ movie in which he featured her.

Meanwhile, this is coming shortly after Cina Soul graded Kidi’s Kiss in an interview with controversial Deloris Frimpong Manson on her Delay Show.

The songstress had admitted they really kissed but it wasn’t deep and that there were no emotions – before stating that the Lynx Entertainment signee is an average kisser.